When you turn the business news channel CNBC you start to here about the growth of the Cannabis industry from a number of public traded companies.  In September 2020, the Internal Revenue Service (IRS) published an entire article on their site dedicated to tax policy for the legal and medical marijuana dispensary business industry. Although the industry has many different aspects to it. Such as hydroponic products, fertilizers and other things are part of the growing and cultivation of it  The IRS article site includes information on a number of relevant topics such as Internal Revenue Code (IRC) section 280E guidance, reporting taxes, making large payments with cash and more. The law firm Foley published an article that stated this update appears to be a response to an April 2020 Treasury Department internal watchdog report estimated that the IRS had failed to collect millions of dollars in unassessed taxes against state-licensed cannabis businesses that claimed improper business expense deduction under Section 280E of the Internal Revenue Code. The report also called for a coordinated, nationwide compliance plan to assist cannabis businesses with their tax compliance responsibilities.  These FAQs and marijuana website were likely issued in response to that suggestion.

Income from any source is taxable, and taxpayers are generally required to file a tax return to report that income. #IRS provides general guidance for taxpayers in the marijuana industry: https://t.co/POESTOvT7H pic.twitter.com/f4y1Q3KlIn

In the state of California, cannabis has been legal for medical use since 1996. On November 8, 2016 California voters passed the Adult Use of Marijuana Act, or Proposition 64, It established sales and cultivation taxes and legalized the sale, possession, growing, and consumption of cannabis for adults 21 and older for non-medical purposes.

And although marijuana still remains a banned substance under current U.S. federal law, thus depriving those in the industry of certain federal benefits otherwise enjoyed by legal businesses (i.e., tax deductions for business expenses other than cost of goods sold (COGS) or bankruptcy, copyright and trademark protections), cannabis companies still have an obligation to pay taxes and properly report transactions. “Accordingly, a marijuana dispensary may not deduct, for example, advertising or selling expenses. It may, however, reduce its gross receipts by its cost of goods sold, as calculated pursuant to Internal Revenue Code section 471,” it said.  In other words, while cannabis businesses aren’t eligible for most traditional deductions, they are able to calculate the cost of goods and get some tax relief.

This recent guidance provided by the IRS is designed to “help promote voluntary compliance in the industry.”  The CPA firm BakerTilly wrote an interesting article covering some of key takeaways from the IRS’s Cannabis guidance.

So what does the IRS have to say about marijuana companies and taxes?

Overview: What is in the tax guidance?

The page notes that although many cannabis industry businesses conduct operations with cash, these transactions must be reported like any other form of payment. It also provides information about income reporting, cash payment options for unbanked taxpayers, estimated US federal income tax payments, and the importance of robust recordkeeping (i.e., cash sourcing and tracking).

In addition, the webpage includes several resources pertaining to concerns of the cannabis industry. Among these resources are: Frequently Asked Questions (FAQ), information about paying your taxes in cash, and reporting single cash transactions of more than $10,000. In addition, it provides a cash-intensive business audit techniques guide.

Is income from the sale of marijuana federally taxable?

While still prohibited under federal law, today, more than half of U.S. states and the District of Columbia have laws legalizing marijuana for either medical or recreational use. At the start of 2021, the breakdown is as follows:

However, regardless of the legality of the product or business operation, for US income tax purposes, income from any source is taxable, including income from the sale of marijuana or marijuana-related products. The IRS indicates on their new webpage that federal courts have consistently upheld the IRS’ determination that income derived from both state compliant, as well non-compliant, or illegal marijuana sales are subject to US federal income tax.

What does the IRS say about IRC section 280E? 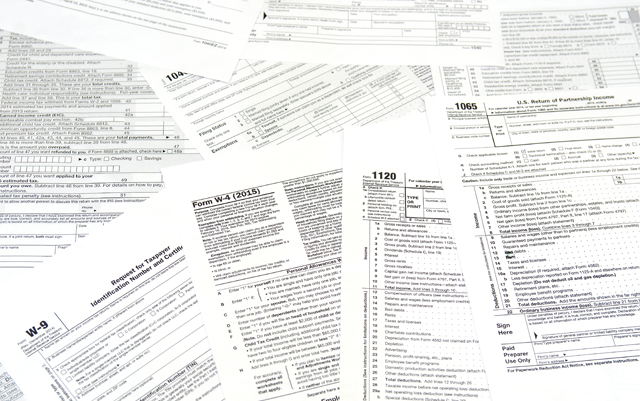 The IRS reminds “businesses that traffic marijuana in contravention of federal or state law” that they are subject to the limitations of Internal Revenue Code (IRC) section 280E. As many in the industry know, section 280E disallows US federal income tax deductions for business operating expenses other than cost of goods sold, which results in extraordinarily high US federal effective income tax rates and cash tax liabilities that are not in line with the actual economic costs of operations, which has severely negatively impacted marijuana-related businesses.

What is included in the IRS’ marijuana industry Frequently Asked Questions (FAQ)?

As mentioned above, one resource the IRS issued in conjunction with their new guidance is a Marijuana Industry FAQ. On a broad scale, the FAQ addresses federal tax filing and information reporting requirements specific to taxpayers involved with the production, processing, sale or distribution of marijuana products.

The article explains how court rulings have clarified that businesses must pay US federal income taxes, even if they are selling products considered illegal under state or federal law. It also explains that marijuana companies are eligible for payment plans if they are unable to pay their taxes in full. Further, it states that cannabis operations are subject to the same penalties as any other business during an income tax examination by the IRS.

The FAQ also note that while section 280E disallows all deductions or credits for any amount paid or incurred in carrying on any business that violates federal drug laws (including those that sell marijuana in states that have legalized the sale of marijuana), section 280E does not prohibit a participant in the marijuana industry from reducing their gross receipts by properly calculating their cost of goods sold (COGS) to determine gross income. Generally, this means that taxpayers that legally sell marijuana may reduce their gross receipts by the cost of acquiring or producing marijuana that they sell, but these costs will depend on the nature of the business. In other words, while cannabis businesses are not eligible for most traditional deductions, they are able to calculate the cost of goods sold and attain some tax relief. So, for example, “no” to deducting advertising costs, but “yes” to deducting COGS.

What is the general takeaway of the IRS adding this new guidance?

Pending a change in the federal status of marijuana (e.g., descheduling as a Schedule 1 substance under the CSA), or statutory changes at the agency level, the cannabis industry will continue to be at a disadvantage when it comes to general business and tax allowances – like deducting expenses or even having access to a bank or credit union to conduct routine financial transactions.  With the Biden democratically controlled administration Congress has the power to pass a marijuana legalization bill in house it still may be difficult to convince the Senate.  Wall street is becoming quite bullish on the growth of cannabis stock companies. The cannabis companies have also gotten a boost from the Democratic Party’s intentions to legalize the plant at the federal level. According to reporting from a recent CNBC article, the shares of 4 major cannabis companies Tilray, Canopy Growth, Aurora Cannabis and Aphria soared on Wednesday February 10th, 2021.

However, the inclusion of tax policy guidance by the IRS, a US federal agency, for marijuana businesses is a positive step toward acknowledging the cannabis industry as one significant enough to warrant establishment of a formal policy on tax collection and reporting, as well as provide some general guidance and answers to taxpayers’ questions which up until now had gone unanswered. The issuance of a dedicated webpage on IRS.gov is a significant signal of not only increased scrutiny but perhaps also of potential developments to reduce taxpayer uncertainty aimed at increased tax compliance.

How can Huckabee CPA help?

If you are a state compliant cannabis business in the San Diego area, that is looking for advice on your accounting, tax and business needs.  Feel free to reach out to ask questions and develop insightful strategies for the short-term and long-term needs of your business.