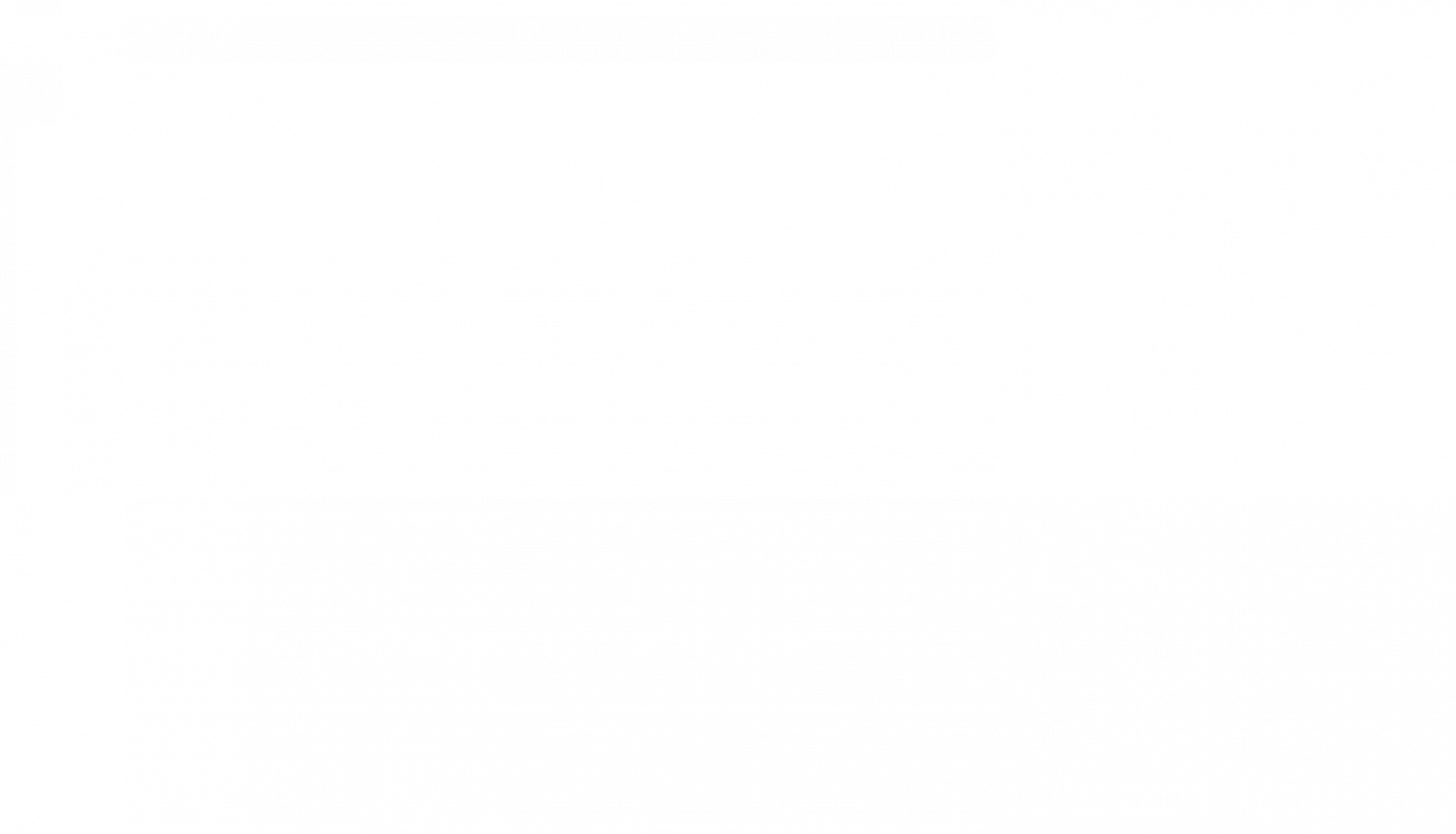 When the economy takes a turn for the worst, a few things usually take place. Market multiples contract. Unemployment rises. Cash dries up. For many startups, this will mean death. For others, by clamping down on burn rates quickly, becoming hyper efficient, and continuing to execute—even at reduced growth rates—they will make it out on the other side.

As the US has been slowly phasing in reopening the economy after almost 3 months of government shutdown of businesses that were not deemed “essential”. Some startups are now going to be pitching venture capital firms, that may have paused fundraising over the last few months as well.  The thing is, the economy is still on shaky ground and the new reality that we are living is very different than pre-covid-19. In the last three months, however, reeling from the uncertain global economy, investors have become more risk averse, and startups may have a harder time raising funds.  If they are able to raise money, they may need to do so at a lower valuation than they had previously.  Nathan Beckford a Techcrunch contributor wrote an article titled “Are you ready for the coming wave of vc down rounds?” where he interviewed George Arison a startup founder of Shift, who has raised over 225 million in VC funding, discussed that back in 2017, his company’s $38 million Series C was a down round, where Shift had to raise money at a lower valuation than it did for its Series B.

What is a Down Round in Venture Capital?  Well according to Investopedia’s definition

“A down round refers to a private company offering additional shares for sale at a lower price than had been sold for in the previous financing round. Simply put, more capital is needed and the company discovers that their valuation is lower than it was prior to the previous round of financing. This ‘discovery’ forces them to sell their capital stock at a lower price per share.”

The down-round phenomenon is not particular to private funding markets like the VC world; in November 2015, commerce startup Square went public at a share price that set its valuation much lower than it had previously reached in previous funding rounds.  In a fundraising world where many companies such as Wework for example have been “massively” overvalued, Arison expects these conditions to shape the new normal.  He went on to say that  “some companies will do up rounds — like Stripe. But most companies are going to have a much harder time with capital.”  Mr Arison also has a few fundraising tips for when times get tough — from how to pick VC partners strategically to successfully navigating a down round.

Arison said that during his series A funding. “there are many benefits to getting to know really great investors, even if they don’t invest in you, because you’ll learn a lot from them. They’ll tell you things you otherwise might not pay attention to — and that information, over time, becomes really critical.”  He spoke how he got shot down from pitching some of the most respected VC firms such as First Round Capital, Founders Fund and Andreessen Horowitz but it was not for nothing he learned some valuable feedback that he used to fuel his company’s success later on. “One of the feedback points I got from Josh Koppelman of First Round Capital was actually, ‘Hey, this is going to be way more operational than you think,’” says Arison.  His startup tech platform Shift  buys used cars off individuals, fixes them up and then resells them to others. He had underestimated that amount of technical operation it would take the manage the business and said “It turns out Josh was right, I didn’t fully appreciate that when we were first getting going — but I do today.”

In similar fashion to how being quarantined with your romantic partner during this pandemic has fleshed out whether you to are good match or fit, you can refer to it as “trial by fire” hard economic times also show founders their investors’ true colors. Mr Arison said

“When fundraising, a lot of founders pay a ton of attention to the name of a fund and will decide they want to raise money from a fund like Sequoia,” says Arison. “What really matters, though, is the specific individual you’re working with — and whether that individual will be with you through hard times.”

He explained that the specific VC’s that you end up working with need to believe in you and your startups success. Such as when his Shift raised a Series C down round and a during this Coronavirus where his company has seen a30% drop in business his two closest investors  Emily Melton at Threshold Ventures and Manish Patel at Highland Ventures have remained Shift’s champions “through thick and thin.”

“I can’t express how valuable that is. Picking the right person is so, so critical,” Arison says. “Because when things are great, everyone’s with you. It’s when things get really hard that you can see what really matters and who’s with you.”

Put yourself in the best position possible during a down round

For many startups, fundraising in a post-pandemic world will mean dealing with falling valuations. But raising at a price lower than your previous round isn’t the end of the world. Seriously!

“It’s totally normal,” says Arison. “Stock prices and public markets go up or down. Prices aren’t always the same. So why is it wrong for the same to be true for private companies?” He went on to explain that in 2015 it $50 million Series B. Following that, the global markets weren’t doing well, China’s economy weakened and Shift began to run into operational challenges with its model while growth fell short of expectations.  In retrospect he said had his company raised the 100 million instead of 50 million he might of had enough capital to weather the storm.  But he didn’t and they got to a point of only having 6-months of cash flow runway left and needed to raise more capital, and so ended up having to do a down round.  The most important step Shift took to prepare for a down round was to seek alignment internally before raising.   If you find your startup is forced to take a lower valuation fundraising round in the next coming months Mr Arison has some advice about it.

Before raising, get your insiders to commit to a down round price

For Shift’s Series C in 2017, the company’s board agreed to a down round price and got a commitment from their existing VCs to invest a certain amount of funding if Shift was able to raise a set amount from new investors. That internal alignment made conversations with new investors much easier, since it clarified boundaries.

“It created a positive leverage in our discussions with new investors, because the capital cleanup had been done internally already,” says Arison. “They weren’t coming in to try and force terms that people were unwilling to accept. Rather, it was like, ‘Okay, this is my set of terms, based on the terms that you’ve already said you’re willing to accept.’”

“The other thing that’s really complicated in down rounds is anti-dilution,” says Arison, “Basically, existing investors have a preference, which gives them the right to receive extra shares for their old investment, in order to prevent them from being diluted too much. But obviously, common shareholders — including all employees — don’t have that option.”

Having anti-dilution clauses in place make sense to protect investors, but it can lead to existing investors gaining larger ownership of the company than employees — and incoming investors will often want those clauses waived in order to protect the company’s team and keep them in a strong position.

Ideally, existing investors will see how waiving these clauses will strengthen the company as a whole and better entice new investors. And as a founder, that’s your main mission during a down round, says Arison: “You need to really focus on taking care of your existing team as much as possible.”

Figure out your liquidation preference stack

During down rounds, liquidation stacks can be changed — they may be tied to specific dollar amounts invested, or they can be tied to the number of shares an individual holds. Incoming investors may be able to negotiate different liquidation stacks, leaving earlier investors or employees in worse positions should the company be liquidated.

No matter what, “try to get as much alignment among your existing shareholders as possible before you go out and raise,” says Arison. That way, no one is surprised, and existing investors, the company’s team and new investors are all on the same page.

Fundraising in more difficult periods is certainly a challenge, but with some preparation, companies can tackle downturns from a strong position. After all, with challenging times comes opportunity. Despite a looming economic downturn, Arison is excited for the future.

“Recessions are when the great founders come out of the woodwork and build great stuff,” he says. “I think we’re going to see some really great companies born in this time period.”

So what exactly is a company to do if and when it can’t hit its metrics and must raise funding at a lower valuation or face going out of business? Down rounds are uncomfortable subjects in the startup community. They signal that something went wrong–either in your planning or in your business. Ethan Kingsberg wrote an article in Freshfields titled “Why the COVID 19-era financing rounds of 2020 will be different” where he said “Causes of this new era of down-rounds and investments triggered by postponed liquidity events are not only the result of the COVID-19 macro-downturn, but also the sudden external and internal challenges being faced by the most active and largest source of venture capital in history, the Softbank Vision Funds and the aftershocks of recent high-profile IPO postponements, the ugly performance of Casper’s 2020 flotation, and the volatility of the trading prices of some of the leading members of the 2019 IPO class.” Now is this simply a market correction to bring more realistic valuations to over inflated pre-IPO private companies until they can show more sound financial metrics and a way to profitability? Ultimately the overall fundamentals of the industry haven’t changed, even amid the pandemic. CB Insights states that “VCs are placing their bets on startups looking to transform consumer or business behavior.”  It’s likely that VCs are being more selective in their investments, preferring more established companies that have proven themselves to be strong enough to weather the pandemic and grow when the economy ramps back up.  And not all companies will have a hard time finding funding, especially if they seem to be leaders in their market, have brand loyalty and serve a customer need, for example according to Techcrunch, a leading landing page optimization software company called Unbounce just raised $38 million round of funding and it was not a down round. Another example of a startup not having any trouble in raising venture capital is a Anduril Industries, an AI tech company building software for the govt defense sector, which just raised a fresh $200 million in a C Series funding, investment values the company at $1.9 billion post-money, almost double its last funding round in September.  So it really depends on your companies need and future growth prospects etc.

If your startup is an early-stage company that is looking to fund raise in 2020, you should be thinking about preparing tax and finance due diligence materials, contact Huckabee CPA for a free consultation.