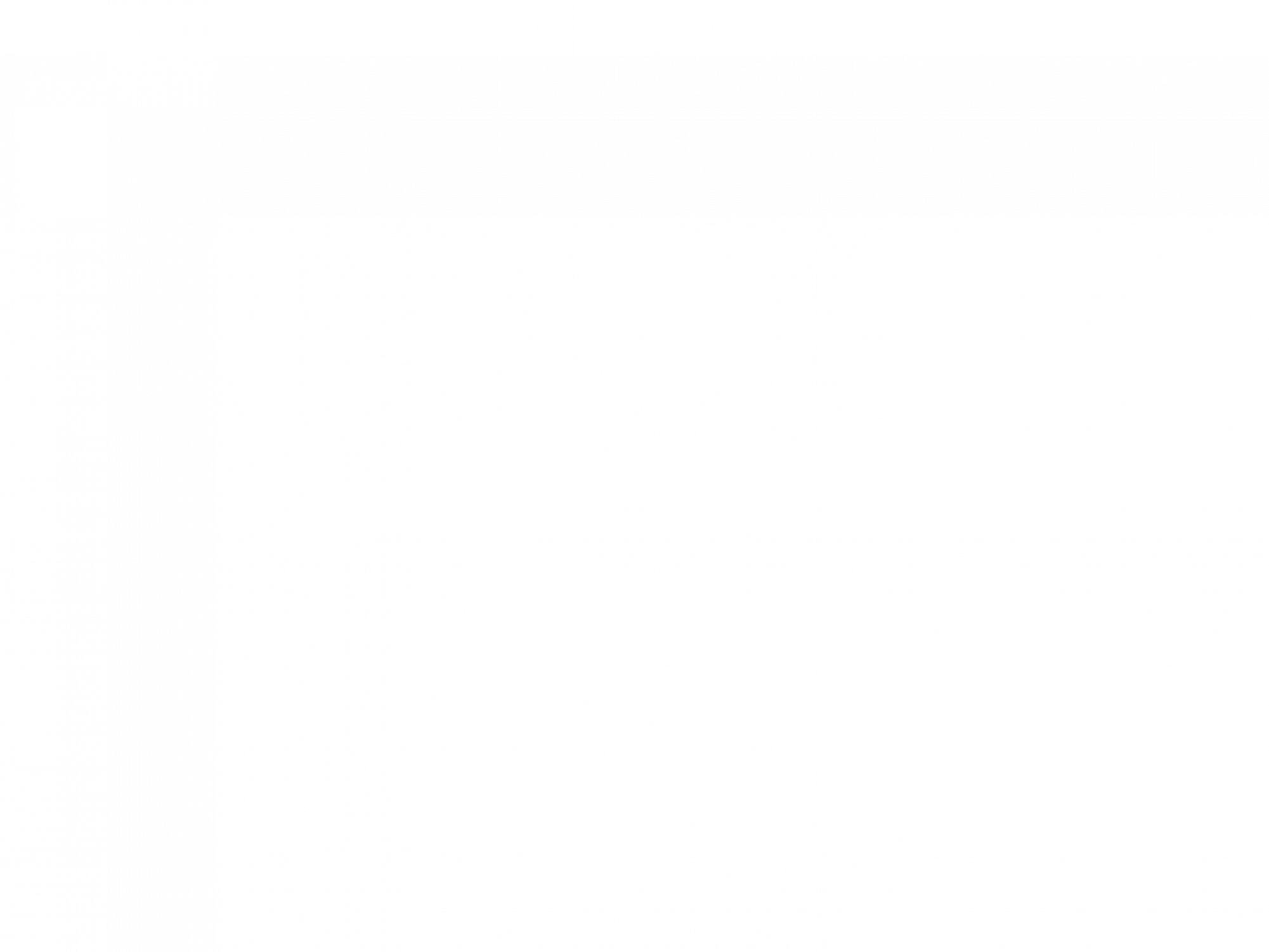 With the recent ridesharing technology companies Lyft and Uber and other tech startups filing for IPO, some early employees and investors are reaping a double whammy payout reward. One that will put millions and for some billions of dollars of cash into their net-worth, as well as capitalizing on a unique tax provision that will allow for some of this money to be tax-free federal income gains.

This tax law loophole called the Qualified Small Business Stock, or QSBS, exclusion is being used by savvy startup founders, venture capitalists and early startup employees to partially or totally cancel their federal tax bills when they cash in on an IPO. Bloomberg recently reported on this topic in an article titled “How Silicon Valley Avoids Paying Taxes Using Small Biz Break”, and Richard Scarpelli, head of financial planning at First Republic Private Wealth Management, says “It’s an awesome way to mitigate tax.” Mr Scarpelli, also noted that out of all the tax saving strategies that are used by entrepreneurs and VC’s “this is by far the best.”

The QSBS is not a new tax provision. The CPA firm Andersen Tax wrote about this back in a 2017 newsletter titled “What is Qualified Small Business Stock (QSBS)?” and said that QSBS is stock of a domestic C corporation whose gross assets at the actual issuance of the stock are $50 million or less. The incentive was originally enacted back in August of 1993, with a 50% limit, but after the 2008 financial crisis hit, it was expanded upon to a 100% tax gain exclusion. With the intention of helping young startup companies get easier access to capital. In 2008 on the campaign trail Barack Obama had said according to Bloomberg, “to fuel the real engine of job creation in this country, I’ve also proposed eliminating all capital-gains taxes on investments in small businesses and startup companies.” The tax benefit of “QSBS exclusion” is shorthand for a provision in Section 1202 of the Internal Revenue Code (IRC). This section of the IRC outlines rules that potentially let you exclude from federal taxation the entire gain on the sale of Qualified Small Business Stock (QSBS). According to data from Joint Committee on Taxation the provision costs the U.S. Treasury $1.3 billion a year. Some liberal tax policy economists such as Steve Wamhoff are skeptical of the benefits saying to Bloomberg “There is no evidence that these sorts of breaks do anything to help the economy in the long run,” and he went on to note that ““Even in the short run, they are likely to reward investments that would have happened anyway.”  Regardless if you are an early stage technology startup that is planning on scaling and raising venture capital, then you should know about this tax break.

How does the Qualified Small Business Stock Work?

If you want to qualify for the QSBS deduction as a startup first you must choose the right entity selection. If you choose a pass-through entity such as an LLC or partnership then you will not be eligible since the income gets reported on the individual owners’ individual tax returns. If you want to qualify you must form and set up your startup as a C-corporation, which file their own corporate tax returns to qualify for the QSBS tax provision. So all kinds of technology startups that have a disruptive or scalable business idea are the main recipients of this. So almost all venture-backed and funded startups are organized as a C-corp. In the past 15 years, hundreds of high growth startups have seen the rapid expansion that makes using the QSBS deduction important.

If you want the shares to be eligible for the QSBS you must issue them when the startup has no more than $50 million in gross assets.  And if you hold the stock for at least 5 years, you can avoid up to 10 million in capital gains taxes when you sell your shares. But it does stop at $10 million, according to the law and Bloomberg reporting, there are ways to shield as much as ten times your initial investment, or basis, in a company.  Andersen Tax describes it as “10x your tax basis (basis for this purpose is equal to the amount of cash plus the fair market value of any property contributed to the corporation in exchange for the stock).” This is when you go see a real accountant.  This means that a VC firm that made a $10 million dollar investment in the early stages of a startup, could bring in $100 million in tax-free income gains. And with strategic planning, the QSBS tax deduction can be multiplied several-fold.

Many people who work in the Venture capital industry are in favor and defend the QSBS tax provision. Such as Justin Fields, a senior VP of government affairs for National Venture Capital Association, who told Bloomberg that having the provision target companies that are worth less than 50 million, the QSBS brings much-needed capital to startups, “at a much more vulnerable point in their cycle,” he says.

For an investor or as an early employee of a promising startup, it is really important to get your shares before the company hits $50 million in gross assets.  The problem is that “gross assets” is an accounting measurement term, that is not the same as market valuation. This is why you need to talk to an accountant. Research from Bloomberg, determined when Uber was founded back in 2009, it wasn’t until 2013 that Uber hit that $50 million gross assets mark, of which they had issued $425 million shares by then. Which now have a value of $19 billion, and could qualify for the QSBS tax benefit.  Savvy investors are finding ways to leverage the QSBS tax break. One way is for an investor to time out the stock sales over a few year period. So investors can use a strategy to reap the benefits of both the ten times basis and $10 million capital gains exclusions if it is carefully executed in different calendar years. So as Ben Steverman points out “that way, someone who invested $2 million in a startup, for example, could pay no taxes while selling $30 million of stock.”

But what happens if a startup gets acquired before the five year holding period of shares has gone by? One strategy scenario that can assist the investor in shielding his gain from income taxes, is to make sure they get compensated in shares of the acquiring company and they do not sell the shares immediately. Another tactic to avoid capital gains taxes on the shares is to roll the gains from QSBS-qualified startup company into another using a “1045 rollover.”

So what boxes do you need to check to use the QSBS exclusion? According to Investopedia’s QSBS article “to claim the tax benefits of the stock being qualified, the following must apply:

Some tech founders that have children may try a tax planning strategy using trusts and estate planning.  As an example, say a startup founder has two kids and he establishes a trust for each of them and transfers shares of stock to them. Then theoretically the founder and his two children could protect $10 million from capital gains – delivering $30 million of tax-free wealth. This would need to be set up in a way that did not trigger a huge gift tax bill.  From the perspective of the tax code and the IRS, it is legal to set up multiple trusts.

If you are a newly minted billionaire founder such a Uber’s Travis Kalanic, and you live in California, you may still owe state taxes on the gains from your stock shares. The state of CA is one of the few states that does not recognize the QSBS exemption. So cites such as San Francisco or Silicon Valley tax their residents with (income of $263,000 and above) at 13.3%.  In many other states in the country, the QSBS exclusion to be used on both the federal and state level.

The Qualified Small Business Stock exclusion was made permanent in 2015

Up until 2015, many tax advisors and CPAs (outside of Silicon Valley ) had not known about this legal advantageous tax avoidance strategy.  In 2015 the Republican-led Congress made the QSBS tax provision permanent as part of the PATH Act (Protecting Americans from Tax Hikes Act of 2015).  It was confusing to some CPA’s because of the way the tax law was written. Since the code had been updated several times, “Only shares issued after Sept. 27, 2010, qualified for the full benefit, and they needed to be held for at least five years.”  says Christopher Karachale, a partner at law firm Hanson Bridgett in San Francisco. It now is being used quite often, with prominent startups making sure to include QSBS provisions into their investor agreements, by providing documentation that their shares were issued before the company hit the $50 million gross assets level. Ben Steverman of Bloomberg examined Lyft’s IPO filing agreement and found investor agreements for the holders of series A and B stock, had the QSBS provision in it for 15 million shares, which are now worth almost $900 million. It is advised that you should hire smart tax lawyers and accounting firms, which many wealthy investors and founders will do to use the QSBS benefit. But what happens when you are an software engineer that goes to work at an early stage startup and part of your hiring package is equity or shares of the company? The rules are complex. Some times an early stage startup worker will need to exercise options when the company is still under the $50 million in assets threshold, and some people miss out on doing so, and it can make them end up with a large tax bill. Toby Johnston CPA, CFP is a partner with the Moss Adams LLP Wealth Services Practice say’s its important to have your shares certified that they qualify for QSBS treatment which is includes:

The 2017 TCJA tax reform law is now bringing the QSBS tax provision to the attention of more small business and startup investors. Since Trump cut the corporate tax rate from 35% down to 21%, it makes using the C-corporation entity structure much more attractive to new entrepreneurs that are starting companies outside of the pure technology sector. It does mean this provision could not get canceled out in the future.  This happened to itemized deductions for personal tax filings. The QSBS exclusion, as with many tax provisions, is quite complicated, take a look an article by Tony Nitti, CPA for Taxadvisor tilted ”Qualified small business stock gets more attractive” to learn all details and nuances of it. Another solid resource of pitfalls to avoid with the QSBS. Contact Huckabee CPA with questions or for a free consultation.