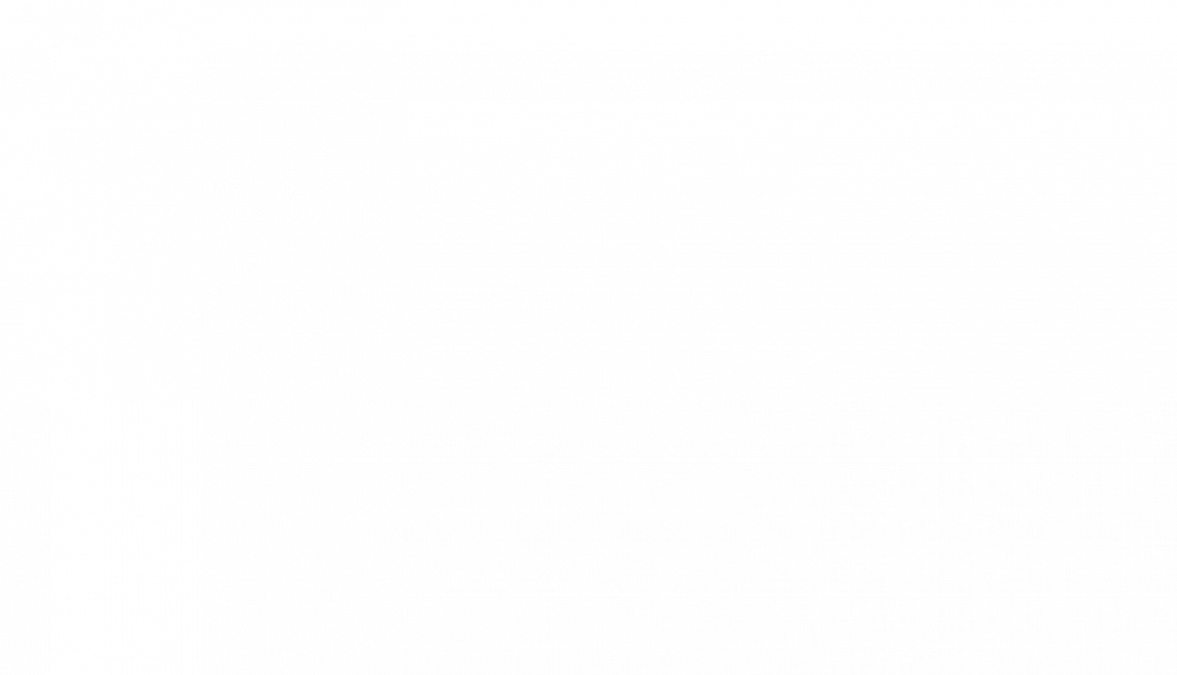 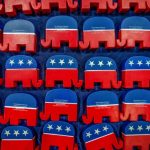 In late September of 2017, the Republican tax proposal was disclosed to the public. A joint product of Republican leadership and the Trump administration, it indicates that change is on the horizon. Also witnessed in September, during a visit to Indianapolis, Trump gave a very high-level outline of his administration’s long-anticipated tax reform package.

The issue here is that Trump’s speech was noticeably short, particularly when describing the intricate details by which many lucrative tax breaks in the current tax code would be eliminated.

The dollar amount of deductions that Americans file for is practically astronomical. Just to get some background, let’s look at some of the most popular deductions and how much taxpayers save because of them. 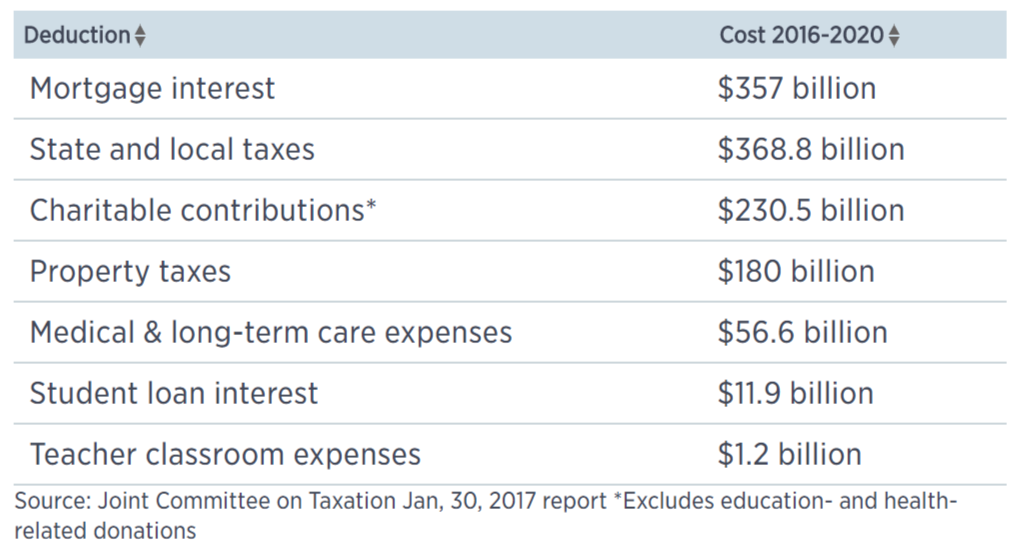 A lot of money, right?  Now, let’s investigate the effects that a new Republican tax plan would have on taxpayers.  We will cover the following topics concerning the new four major tax areas which risk elimination or are being altered, as well as some more supplemental information: 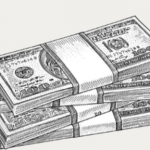 A long-standing regulation that allows you to deduct from your reported income the money you pay in local and state taxes on income, real estate or sales of big-ticket items is in danger.  According to a White House official, this famous deduction for taxes paid to state and local governments will be eliminated.

So you might be asking what this deduction actually is.  Well, this deduction allows taxpayers to write off interest paid to local and state authorities on their federal tax returns.  In addition to deducting these,  taxpayers can also currently write-off property taxes.  These deductions favor states with high tax rates like California or New York because their interest rates are so high… Both states have very high-interest rates that can be deducted.,  The cost to the government as a result of these deductions is estimated to be $368.8 billion from 2016 through 2020.

However, some taxpayers in higher income brackets are restricted from using those deductions because they are subject to the alternative minimum tax (which itself is marked for elimination under the plan). This disallows the deductions, or the so-called Pease limitation, which basically places limits on the number and value of deductions.

Opponents disagree that the deduction benefits the wealthiest taxpayers at the expense of those with lower or moderate incomes, or who don’t own a house or make large purchases that carry a big sales tax. Democratic voters would be hit the worst, according to IRS data. One thing is clear: Eliminating the deduction would hurt taxpayers who voted for Hillary Clinton a lot harder than it would those who voted for Donald Trump, according to a CNBC analysis of voter and tax data. The disparity is striking at the state level. Most of the benefit for deducting state and local taxes goe’s to taxpayers in states with higher-than-average taxes and median incomes.

Taxpayers in California and New York, probably the bluest states in the country, would see the most effects. In fact, the total deductions filed nationwide accounted for half of the benefits in 2014.  Those benefits went to just seven states — California, New York, New Jersey, Illinois, Connecticut, Massachusetts, and Maryland, according to a report from the Tax Foundation.

The effects of new tax regulations are even starker at the county level. Of the 25 counties where taxpayers claimed the biggest deductions for payment of state and local taxes, only two of them voted for Trump.

Opponents of the provision have continuously argued that taxpayers would be hit twice for each dollar of income, once by their state and again by the U.S. Treasury.

While some analysts include the cost of this tax break when they’re talking about the deduction for state and local taxes, the government views this as a separate expenditure. Last year this break — which permits taxpayers to write off the taxes they pay on real estate — cost the federal government $31.2 billion. For 2016 through 2020, this break will reduce federal revenue by an estimated $180 billion.

You might not realize this, but your employer’s contribution to your health insurance premium is considered taxable earnings to you. The government views this as a tax benefit to individuals, not corporations. Last year, it cost the U.S. Treasury $155.3 billion in lost revenue to provide that break. While no one has explicitly said that insurance would be targeted, limiting or killing it all together has been floated on Capitol Hill in the past as a way to offset other tax breaks.

People with major medical bills benefit from this deduction if their qualified expenses exceed 10 percent of their adjusted gross incomes. The deduction allows you to include premium costs for long-term-care insurance, with restrictions. Last year, taxpayers saved $10 billion on their taxes by taking the health-care deduction. This deduction already was altered in 2013, raising the floor to 10 percent from 7.5 percent for most people. As of this year, the higher floor applies to everyone. From 2016 through 2020, the deduction will cost the government an estimated $56.6 billion.
Increasing the Standard Deduction to Offset Disappearing Tax Breaks

Although a higher standard deduction would counteract tax break losses for some people,  personal exemptions would disappear under the GOP tax proposal.  Basically, this boils down to the fact that increasing the standard deduction twofold is desirable but misleading.

An example would help here, so presume that an individual taxpayer files a $6,350 standard deduction according to current tax laws.  Also, presume that this same taxpayer files with a personal exemption of $4,050 according to current tax laws.  This taxpayer’s overall savings would be $10,400 because that is the aggregate of $6,350 and $4,050.  Trump’s proposal raises the standard deduction to $12,000, while eliminating most personal exemptions, but the taxpayer would still save a difference of $1,600.

UPDATE: please note the following:
While the mortgage deduction is kept in place, it might face irrelevance. That is because the tax plan also would almost double the standard deduction for individuals and couples, meaning only the highest earners would continue to itemize their deductions, and only a few of them would take the mortgage break. For most taxpayers, the standard deduction is likely to be the better option.  Only homes worth $801,000 or more would qualify for the deduction. Those who do itemize, could end up paying more taxes.
The mortgage tax break deduction is “more at risk than at any point in the last 30 years,” said Isaac Boltansky, director of policy research at Compass Point Research & Trading, a Washington, D.C., investment bank. The GOP proposal makes it effectively worthless, he said.
The deduction would become irrelevant for many people because of the increase in the standard deduction.

What Remains the Same?

Who uses the mortgage interest deduction? Let’s refer to the below chart:

Who uses the charitable giving deduction? Let’s refer to the below chart:

Who and What is Going to Pay for all This?

Other popular provisions may also be revised or eliminated according to the Committee for a Responsible Federal budget.  Eliminating certain provisions would generate billions of dollars in revenue that is needed to offset money lost from lowering tax rates on individuals and corporations.

For the tax years 2016 through 2020, it will cost the Treasury nearly $370 billion, according to a report from the Congressional Joint Committee on Taxation. It’s unclear whether GOP tax advocates can succeed in striking from the tax code one of the oldest deductions. This move would likely face strong opposition from state lawmakers in all 50 state capitals, who would be under even greater pressure to hold the line on taxes at a time when state budgets are under strain.

There are many other popular benefits that could be in jeopardy to help pay for tax reform. Please note that the deductions we have mentioned are only a few of the bigger ones, in terms of revenue lost by the government.  Dozens of others that apply to smaller numbers of taxpayers also could be under consideration.

On the other hand, supporters of the plan say higher economic growth would cover that $2.2 trillion gap.

We really are only seeing the tip of the tax reform iceberg in this post.  The current assumption is that everything else is on the table. Thomas Huckabee, CPA of San Diego, California is a full-service accounting firm that can help you successfully navigate any tax code changes.  Contact us for a consultation. 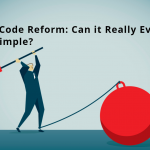 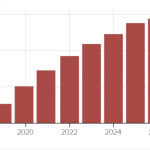