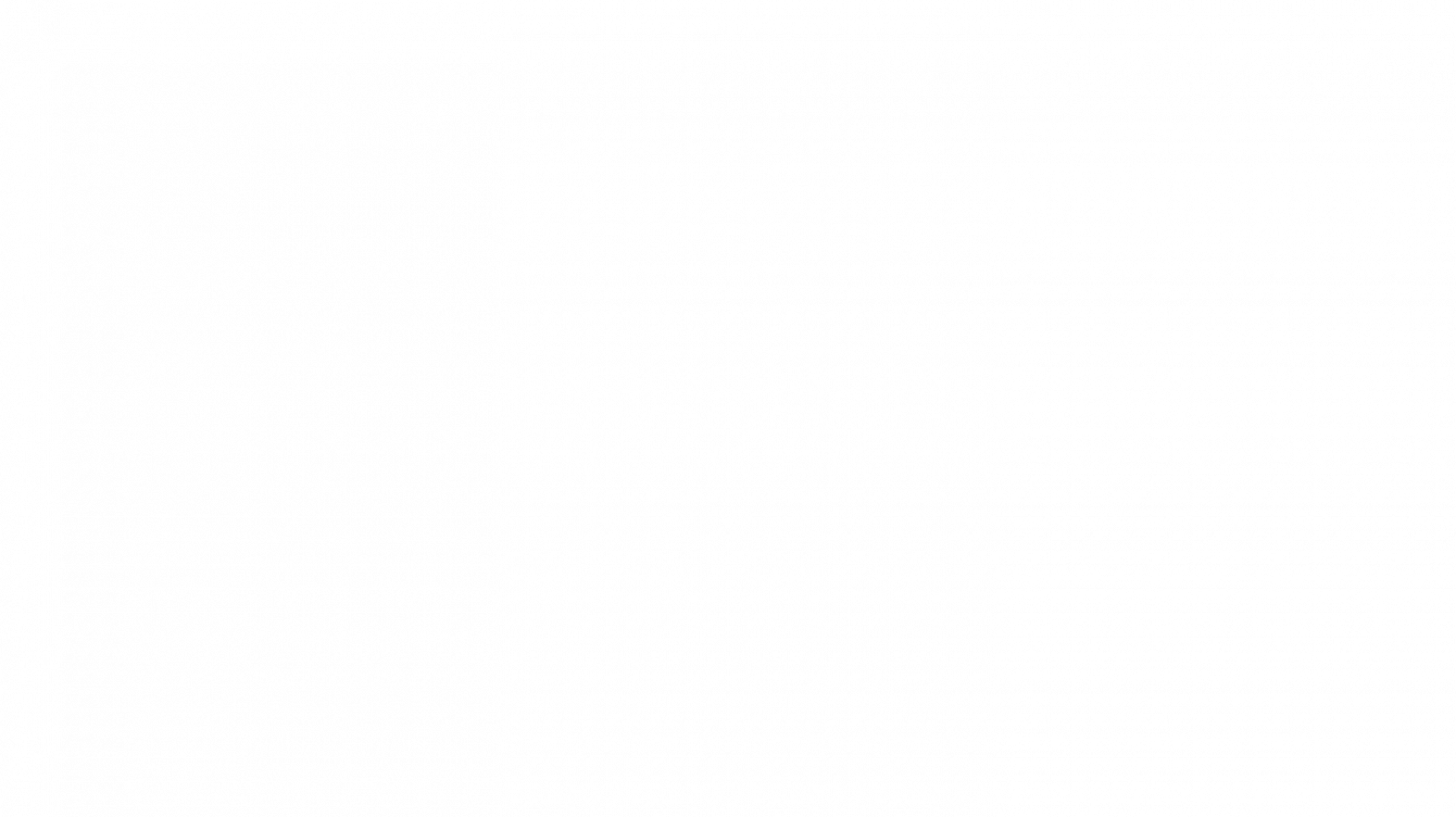 The Cadillac Tax, Companies Are still Wondering Will Ever Take Effect?

Are we still talking about the Cadillac Tax?  Mark Maurer recently wrote an article in the CFO section of the Wall Street Journal titled “After Years of Prep, CFOs Wonder if Cadillac Tax Will Ever Take Effect.”  Apparently there could be a levy on high-cost health insurance coverage, scheduled to kick in around 2022, which could possibly hit 1 in 5 of U.S. corporate employers according to reporting from the WSJ.

So Mr Maurer’s article delves into the issue of a tax uncertainty which is still looming over expensive health coverage, that has some CFO’s concerned as they are scrambling to reduce costs and prepare for this levy even if possibly gets repealed.

The federal government is scheduled in 2022 to start collecting a 40% excise-tax on U.S. employer benefit plans whose values surpass the government set-thresholds. This is so-called “Cadillac Tax” which I have written about before, is part of the 2010 Affordable Care Act (AKA Obamacare) has already been delayed 2 times, fueling skeptics that it will ever come to fruition.

According to an article about it in Tax Policy Center , it states that “under the Affordable Care Act, employer-sponsored health benefits whose value exceeds specified thresholds will be subject to an excise tax starting in 2022.” As the current law’s language stands,  employer-sponsored plans that cost more than $11,200 per year for individuals and $30,150 for families would trigger the tax in 2020. The company employer would get a tax levy on anything above the thresholds. According to data from Tax Policy Center, the thresholds will be higher for plans with more-expensive-than-average demographics, retirees ages 55 to 64, and workers in high-risk professions. The Cadillac tax will apply not only to employers’ and employees’ contributions to health insurance premiums, but also to contributions to health saving accounts, health reimbursement arrangements, and medical flexible spending accounts.

The WSJ goes on to mention that according to a recent data analysis from a health-care nonprofit, the Henry J. Kaiser Family Foundation, “the average individual health plan costs $7,188, and the average family plan costs $20,576. It also states that about “1 in 5 of all

U.S. employers offer at least one health plan whose contributions would exceed the thresholds in the first year of the tax’s implementation.”

What is the Cadillac tax and why was it Created?

Unlike other compensation, employer based health benefits are not taxed, meaning employees may receive thousands of dollars of tax benefits if they get their health insurance at work. The Congressional Budget Office estimates that the exclusion cost the federal government $300 billion in foregone revenues. Economists have long argued that providing this tax break encourages employers to offer more generous benefit plans than they otherwise would because employees prefer to receive additional benefits (which are not taxed) in lieu of wages (which are taxed). Employees with generous plans use more health care because they face fewer out-of-pocket costs, which economists argue contributes to the overall growth in health care spending.  So the High-Cost Plan Tax (HCPT) aka “Cadillac tax” was first written into legislation to both combat ever-rising healthcare costs as well as to help pay for the provisions of the Affordable Care Act.

Now according to a May report from the Congressional Budget Office it is projected to record gross collections of $96 billion between 2022 and 2029.  But there is still some unclear aspects of the plan. So according to some executives interviewed for the WSJ article, stated that they did not have a sufficient amount of info from the U.S. Treasury Department and Internal Revenue Service to know whether their efforts to reduce plan costs will be enough to dodge the tax. Even though Treasury requested feedback from companies in 2015 and 2016, it has not released any guidance since.

Many companies are still wondering which types of benefits maybe be subject to the tax, such as will it include retiree medical coverage, dental and vision plans and on-site medical clinics.

If these types of benefits are subject then it would bring a lot of company total cost of their health plans much closer to hitting the tax threshold.  This uncertainty is not great for planning. If businesses don’t figure out strategies to avoid the threshold, they face a bigger tax burden. On the flip side to that coin, all the resources that would go into planning for this looming tax burden – additional fees for tax CPA firms, not to mention hours devoted to financial modeling on the potential impact—could be for all for nothing if gets repealed.

So as the journal had previously reported on back in 2018, when Congress had delayed collection of the tax as part of a deal to end the partial government shutdown in early 2018, are now considering its repeal. The House of Representatives voted 419-6 in July to repeal the tax, and a companion bill in the Senate, introduced in March, is awaiting action. And the Cadillac tax is also facing tough opposition from a bipartisan group of lawmakers and major U.S. corporations such as Pfizer, Exxon Mobile, AT&T., CBS Corp, and Procter & Gamble Co. According to Trevis Parson, a chief actuary for consulting firm Willis Towers Watson “the goal for companies is to stay competitive and manage costs.”  So many finance executives are trying to adjust health-care benefits for employees in an effort to remain below the cost thresholds that trigger the tax.

The WSJ article noted that Duke Energy Corp. has made efforts to cut its active medical expenditures over five years by encouraging healthier habits through employee wellness programs and incentives that encourage employees to get regular checkups. On the other hand, they spoke CFO from a Charlotte, N.C.-based electric utility, who mentioned that even though they have some high-cost health plans that would trigger the Cadillac tax, they are not expecting it to have a material effect on its earnings. The CFO stated, “the emphasis on employee health has been fruitful for us, more fruitful than I initially expected it to be when we undertook some of these programs, and that’s kind of our first line of defense.”

Some other corporations have made efforts to lower benefits or increase participant out-of-pocket contributions in an effort to cut coverage costs. Some of the efforts have included strategies such as removing higher-cost hospital systems from beneficiaries’ networks, starting programs that focus on managing high-cost claims, and offering access to state-of-the-art health facilities and programs.  Here is the rub, Wellness programs can often take years to generate results in offsetting rising health costs, thus making the Cadillac tax’s delays beneficial in some ways.

According to Bob Kolodgy, the chief financial officer of the Blue Cross Blue Shield Association,  said to the journal “all I want to make sure is that, if it happens, we’re ready.” Part of his efforts has been about making sure the leaders of the Blue Cross companies are informed about the tax’s impact. As it so happens the Blue Cross Blue Shield Association is also part of a coalition of companies, labor groups and patient advocacy organizations pushing for the tax’s repeal.

Some tax consultants feel such as Tracy Watts, national leader of U.S. health policy at Mercer LLC that ‘should this element of the Affordable Care Act stay unchanged as law, all health-care plans, even ones offering minimum coverage, would eventually hit the thresholds because of the way the tax is structured.”  And this predicament would force companies into having to make one of two options:

The penalty mandate is for failing to offer a minimum coverage amount of $2,500 per employee and increases annually. The second option could spark an unprecedented number of companies forgoing employee health care. Time will tell with would Congress ends up deciding to do.